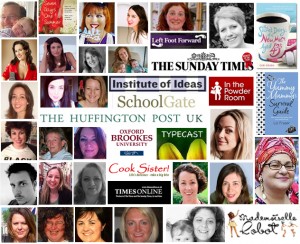 Apparently "mummy bloggers" have power and influence.  This is supported by the 2 million people that the #britmumlive hashtag reached on Twitter over the weekend.  The Britmums Live 2012 conference played host to 500 attendees, but it's reach was far, far wider.

When I started blogging three years ago, I didn't anticipate that I'd be sat in a conference venue in London, surrounded by people who are batting off PR requests, being quoted in the national newspapers and being provided with numerous freebies by companies keen to get bloggers to review their products favourably.

I felt a little like a fish out of water... to say the least!


The 2 day Britmums Live conference was incredibly well organised and the Agenda comprehensive.  An eclectic group of speakers had been booked, including Ruby Wax, Sarah Brown, Katy Hill and Cherry Healy.  According to the paperwork, top bloggers and experts were going to provide expert opinion and tips and techniques to enable us all to improve our blogs.

The highlights for me, other than the fun of checking out if my mental images of folk I'd never met were accurate (Click here for more on First Impressions), were the Brilliance in Blogging Awards, and the  Bloggers' Keynote.  I hadn't expected the showcase of bloggers and posts respectively to be quite so emotional.  I laughed, snorted, giggled, wept and was moved by the content.  Note to self: take tissues next time.

Unfortunately I noticed very quickly that the advertised 'titles' of many of the other Agenda items were, once you got there, not as advertised on the tin.

Not as advertised on the tin

Roundtable: British Blogging now - this was one of the best discussions I saw over the weekend.  Carla Busazi, editor-in-chief of Huffington Post UK, was elequent in her questioning and control of the discussion. The bloggers on the sofa; from Danial Elton, Managing Director of blog Left Foot Forward, to Steve Keenan, online travel editor for The Sunday Times, gave a varied and frank opinion, which they didn't always agree on (refreshing).  The consensus appeared to be that bloggers were breaking down the traditional journalistic boundaries and opening up discussions that may not otherwise be had.  There was also an indication that the panel felt that many newspapers would very quickly move to digital only formats.

I was a little disappointed in the Blogger's studio: Crossing the Chasm, how to bring your blog up to the next level.  I think because no-one knew what they meant by 'next level'.  For me, it would be improving content so that readers were ejoying it and sharing with friends.  For many of the bloggers there, it was something different and so the discussion was at best a little vague.

The most useful practical tips that I scribbled down furiously came from Melinda Fargo who blogs at HerMelness Speaks.  She helpfully listed a set of things to think about; a checklist (and I love lists!). She has helpfully reproduced it on her blog here, which is good because my scribbled notes only add up to 9 things; not 10.  Ooops.

Of the other workshops I attended among the many on offer I found that the social media ones didn't meet expectations; I didn't get the 'manageable plan' I was promised in Creating a social media plan that works, I was just told to make one.  I wanted more.  I wanted nitty gritty.


But I did get a lot of useful information from SEO tips and Legal Essentials; 55 minutes could have been doubled; and from Perks and Pounds by Erica Douglas; clear, concise, and delivered what it promised.  It was unfortunately in the minority.

And so, overall, I was left with a distinct feeling of not quite having got what I expected.  What I did get was fun, informative and in some instances incredibly useful; but it hadn't been what was advertised on the tin.

I was also struck by the way the speakers assumed we were all experts - even in Beginners Blogging sessions.

Even Erica Douglas amusingly asked for 'hands up' those that are batting off the PR requests at the moment, as apparently she's being inundated.  That's lovely, for her.  But for us newbie bloggers who dream of being approached by a PR department, it's a little patronising and depressing.  Er no; I felt like saying. Not so much. Can you bat some of yours my way?

On another occassion a speaker said "Even if you've only got a 1000 page views a day".  Again I say; er no.  Still dreaming of that very big number and you are making it sound like it's pitifully small.

I just think the bloggers that have been doing it a while need to remember that their audience includes people who do know the lingo and have been around the block; but ALSO includes those that know nothing other than how to write a few elequent words on a blog post and hopefully entertain their readers.


I was also starving at the end of the Friday, to the point of feeling slightly nauseous as no food, other than the odd cake that we were too busy to spot and grab, was provided between 2pm and 8pm.


It seems like I've been on a downer on the event there.  Maybe it's the adrenalin that's finally ran out.

Maybe it's the realisation that the goodies I came home with were all for my children, and 'my' loot consisted of a TKMax compact, some anti-bacterial hand-gel, a paperback novel I'm not sure I'll read and 6 various packets of baby wipes.  You just can't please some people eh?

My ideas for an improved event next year include the following:

Food
Feed the bloggers on the first day; between the workshops and the wine and awards.  Many of us have travelled down before the start of the conference, not necessarily having time to eat much before registration at 2pm.  We are also mums, and so many are used to eating at 5pm before starting the whole bath, story, teeth, bed routine.  Instead, we were given the smallest nibbles I've ever seen at 6pm alongside free flowing champagne.  It was a recipe for many sore heads.  In our case, we hotfooted it back to the hotel after the awards and finally tucked into a delicious steak and chips at around 9pm.

The Lab
Have some workshops that are more informal discussions, and other's that are very technical - maybe calling it 'The Lab', where tools like Facebook, Google+, PInterest, can be gone through in greater detail, maybe even trouble shooting user problems there and then.

Newbie / Professional
Include some absolute beginners 'newbie' sessions, where subjects like SEO can be gone through in greater detail and a more basic pace for the newbies.  Similarly, faster paced advanced sessions for the pro's.

Say what it says...
Be careful that the speakers know what question they are being asked to answer in their presentation.


And that's it.  My review.  If you have any questions about the event, I am happy to delve into my scribbles to see if I can decipher my notes!  The official Britmums Live site for more information and advance notice of next year's event is here.

Hi there! Thank you for stopping by and leaving a comment.